Whilst healthy living is important, following marriage and becoming a parent the significance of this fact has become more apparent.

So I’ve decided to make more conscious decisions to explore different ways to maintain a sound body as well as a sound mind.

I was first made aware of the Trion:Z Magnetic Therapy Band by my ASICS FrontRunner teammate Liam. He spoke about how the benefits of using the product has helped with his training recovery and helped improve his sleep.

I looked into this further and discovered that other athletes used them such as Squash Champions Nick Matthew, Laura Massaro and England Cricketer James Anderson. Even Rory McIlroy wore it prior to his sponsorship deal with Nike.

Furthermore Trion:Z is the only health and wellness product accepted and certified as an approved medical device by the Ministry of Health, Labour and Welfare Government of Japan.

Whilst it’s considered an alternative therapy, I thought that I’d give it a try as it works for many others. So I looked into it and ordered the Colantotte Loop Crest Premium which is priced at £69.99. I went for this one as outside of my running gear I wear a suit for work so I wanted something that would be smart but understated which it is. 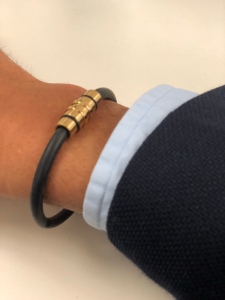 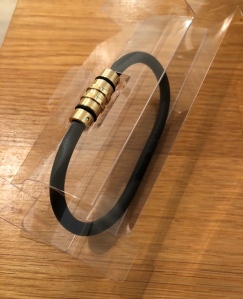 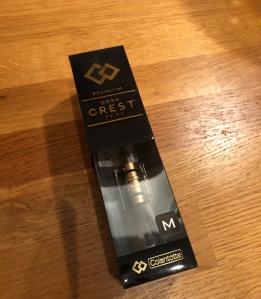 Furthermore the top joints are made with tough and rust-resistant high-grade stainless steel SUS316L. And the silicone band is both water and sweat-resistant.

However there’s many different styles to cover all tastes and budgets, starting from £19.99 with the Trion:Z Maxi Loop, which also is waterproof. 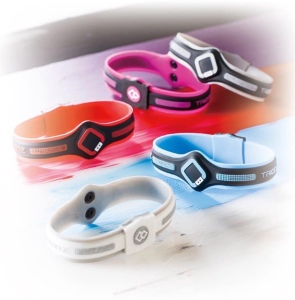 I’ve worn the band for several months now and so far it’s been a positive experience.

One of the main benefits of magnetic therapy is that the use of magnets may increase blood flow, which in turn would result in a more efficient circulation of oxygen and nutrients throughout the body.

Currently I run everyday with my marathon training, I work full time and with a newborn I sleep less now than when I was at university! In combination with doing the right things like eating right, strength and conditioning, stretching, getting enough sleep etc. I’ve found that I have less lower back pain, have less achy joints and tend to recover quicker, since using the therapy bands.

Please note I’m not being paid to say any of this, it’s just my own experiences. This product has worked for me, I guess the proof is that I haven’t taken it off since I received it!

However for balance I will note that alternative therapies don’t work for everyone. Even the most powerful magnets do not have the ability to cure all ailments, but on the flip side this product works for many others.

So if you are considering getting a Trion:Z magnetic band, and want to see if it works for you can get a 10% online discount the code: marathonmarcus