Bart Yasso, has served as the Runner’s World Chief Running Officer since 2007, traveling the world to inspire and educate runners of all levels. In his career, he’s run with two presidents, competed in races on all seven continents, completed the 146-mile Badwater Ultramarathon (before the course was shortened to 135 miles). He has also completed the Ironman five times, also cycled, unsupported across the US twice, plus completed many other achievements, which he discusses in his memoir titled My Life on the Run.

He has been dubbed “the Mayor of Running,” and is credited with inventing the Yasso 800s, a widely used marathon training workout.

It’s a great honour and I’m (MM) extremely grateful that Bart (BY) agreed to participate in this Q&A.

MM: You had quite a tough time in your early adulthood, how did running help you turn it around?

BY: I had very serious drinking and smoking (marijuana) problem in my younger days. I started abusing alcohol at a very young age and it was detrimental to every aspect of my life. I was very lucky to gravitate towards running in 1977 I never looked back. I feel running saved my life. I look at life the way I look at running. Running isn’t about how far you go but how far you’ve come.

MM: In completing the Badwater Ultramarathon and the Comrades Marathon, what mental techniques did you use to keep yourself motivated in the tough moments?

BY: Runners always ask me how much of running is mental versus physical. I don’t know that answer but I do know the longer the race the more mental toughness comes in to play. The best thing you can do is stay in the moment don’t get ahead of yourself. 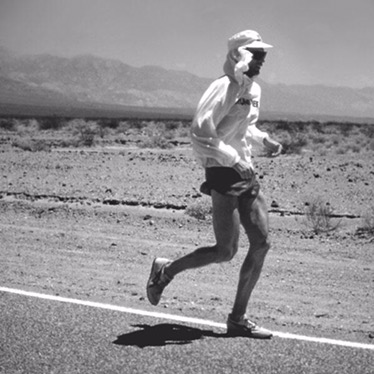 MM: You’ve met many athletes what common traits do they have which make them successful, that non professional athletes can implement?

BY: I’ve been lucky to meet some of the best runners in the world. Runners that set world records and won Olympic medals. The common trait I find is the joy for our sport and the willingness to share best practices. It is so nice to see the majority of the Olympic runners I know have great a friendship with their competitors.

MM: As Chief Running Officer (CRO) at Runner’s World, you are a great ambassador for running. One of my 2016 New York Marathon highlights was to high five you during the race. I was really struggling and that gave me such a boost, so thank you! You have personally motivated and inspired many other runners in similar ways. But in motivating so many people, who motivates you?

BY: The entire running community motivates me. I never take my job for granted, the CRO of Runner’s World is a dream job. I do everything I can to motivate and engage with every runner I meet. 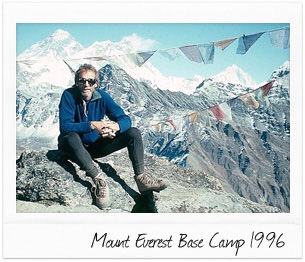 MM: It’s common to have ups and downs if you’ve been running for a long time. How do you keep running fun and how do you stay motivated?

BY: Personally, because of the effects of Lyme disease on my body, mostly my joints, I can’t run as far or nearly as fast but I never lost the passion and joy. The few miles I run I cherish every step. I hope to be a runner for life and I profess to all runners to think about being a runner for life.